Leveraging the Power of Personal Experience

Engineers are trained to rely on models and computerized data to find solutions for clients. We create complicated theories and posit why an infrastructure may be failing or how to remediate a flooding creek. But sometimes, it pays to pause, take a step back and tap into one of the best sources of information—the people who will be directly affected by the solution.

Obtaining useful public participation is an increasingly important part of managing any project. Corporate Education Group, a Massachusetts-based corporate training organization that advises many key industries, including engineering, believes, “One of the most critical aspects of project management is doing what’s necessary to develop and control relationships with all individuals that the project impacts.”

Two of my recent Woolpert projects in South Carolina illustrate the benefit of talking to people directly impacted by flooding. Both could have turned out differently without the first-hand contributions of the stakeholders. While our public project meetings attracted a respectable number of residents, I obtained the most useful information simply by going door-to-door and talking with residents in the immediate area of the flooding.

The first project was in Harlem Heights, a Columbia, S.C. neighborhood built in the 1950s. For years, the low- and fixed-income residents complained about periodic yard flooding that occasionally flowed beneath their homes and caused interior mold and mildew problems. The city of Columbia contracted with Woolpert to resolve this issue.

My interviews with the residents of Harlem Heights revealed that the road in front of their homes was always wet—even when it hadn’t rained. This unusual observation triggered a need to dig deeper. We discovered that the neighborhood was built over a high groundwater table—a factor that the originally proposed solution wouldn’t have addressed, let alone fixed. It may not even have been considered if I hadn’t sat on a resident’s porch listening to personal observations about the flooding.

In my second project, Woolpert was contracted to resolve a recurring flooding problem for Rocky Creek, a Greenville County community about 100 miles from Columbia. As Woolpert prepared engineering models, I went out to talk individually with residents. They told me that the flooding came from the street, not the creek that ran behind their homes. They explained that their backyards were dry when their front yards were under a foot of water. Again, this didn’t seem logical.

So, Woolpert Engineering Team Leader Steve Godfrey suggested using a different type of modeling to analyze the problem. His resulting video called out the problem—a crossing upstream from the street. The culvert underneath the crossing had backed up with debris and was diverting the water to a low spot that drained onto the street in front of the homes. Once again, the residents were on to something.

The best solutions to both flooding problems originated with seeking out neighbors and listening to their experiences. Once they saw that Woolpert understood exactly what happened and would depict it as they explained it, the residents were reassured that the eventual solution would be correct and useful for them.

Building trust and credibility with stakeholders may require an additional investment of time and effort, but it often results in engineering the best solution. Because I took the time to listen to people and confirm their personal experiences, I was able to help provide a solution that all stakeholders could buy into and support.

How to Get Community Support for Your Next Project Hal Clarkson is a Certified Floodplain Manager and project director for Woolpert’s team of industry-leading, interdisciplinary water resource and management experts. He provides expert guidance and support to many South Carolina communities and has assisted numerous communities throughout the southeast region with floodplain management. 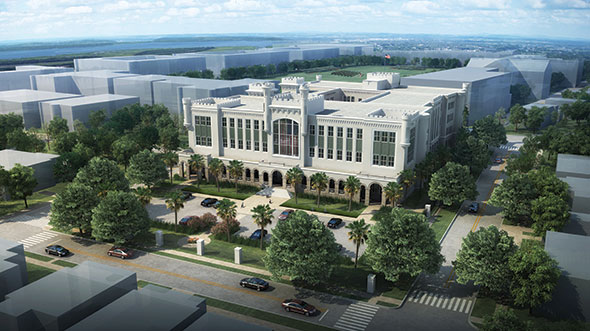