Manned vs. Unmanned Aircraft: Which is Best for Aerial Data Acquisition?

This paper compares the strengths and weaknesses of manned and unmanned acquisition technologies for projects of varying types and sizes.

Manned aircraft is a versatile option for data acquisition as many types and sizes of aircraft can be used. Small and low-budget projects can benefit from the comparatively low operational costs of small aircraft, such as Cessna 172 and Cessna 180, while larger aircraft like Cessna 404 or King Air can be used for large projects, such as countywide or statewide acquisitions.

The low cost of acquiring and operating small UAS makes it best suited for projects that are too small for manned aircraft. However, with the FAA’s current regulations, there are restrictions on UAS flying over people and collecting geospatial data over developed areas. Woolpert Vice President and Chief Scientist Qassim Abdullah, Ph.D., PLS, CP, has more than 40 years of combined industrial, R&D and academic experience in analytical photogrammetry, digital remote sensing, and civil and surveying engineering. He teaches at the University of Maryland and Penn State, authors a monthly column for the ASPRS journal PE&RS, and is a member of the NOAA Hydrographic Services Review Panel and the Transportation Research Board’s Standing Committee on Geospatial Data Acquisition Technologies. 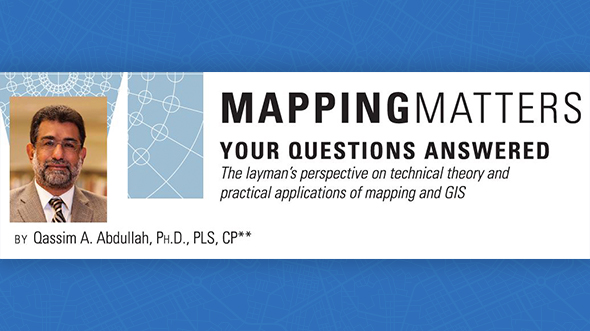 Can New ASPRS Accuracy Standards for Geospatial Data Be Applied to UAS?